The first night of the cage match fight to the death started out rather inauspiciously with David and me standing around the kitchen about to gnaw our own arms off, wholly unable to make a decision about dinner. We were at that testy point of hunger when blood sugar drops to just above death, eyes narrow, and speech emerges from somewhere guttural and dark. “I. Don’t. Care. What. We. Eat. Just. Get. Me. Some. Fucking. Food.” Actually, I guess that’s exactly the kind of behavior you’d hope to see in a cage match—two blood-thirsty combatants aiming for the jugular—but we had the wrong dogs in that fight, so we hit pause, David got some snacks and moved safely out of the cage to a spectator spot on the other side of the kitchen counter, I refocused my animal instincts on saving myself from the vegetables in the fridge, then we hit play.  Let’s get ready to RUUUUUUUUUUUMBLE!

These are the vegetables I bought at the farmers’ market Sunday: six roma tomatoes, a pack of grape tomatoes, several handfuls of button mushrooms, a bag of leaf lettuce, one bunch of asparagus, one orange pepper, one yellow pepper, one garlic bulb, one bag of baby carrots, 15 cucumbers, two zucchinis, Belgian endive, and eight radishes. This is what I wanted to cook last night: nothing. 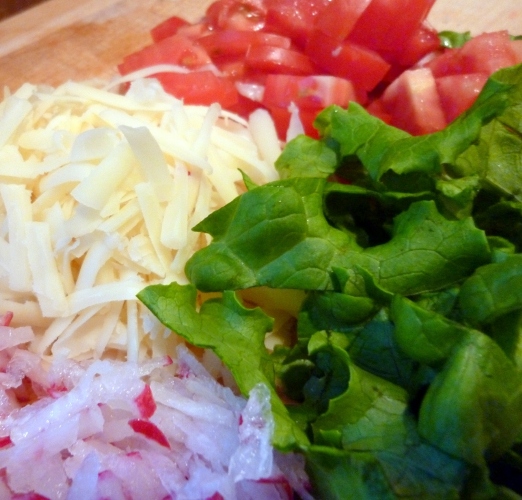 I went into this fight hungry, weak, unprepared and uninterested. Fortunately for me, I’ve operated at that level almost every night of my whole life and I have a few tricks up my sleeve for overcoming my laziness. My best weapons against starving usually involve inviting myself to Jon and Melissa’s for dinner and eating whatever they are feeding their toddler, or trying to convince David Melton’s App and Tap really isn’t that far of a drive and that he wants to pick up dinner for me and stop for a gallon of milk on the way home more than he thinks he does. The latter option takes a surprising amount of energy and I am usually very exhausted from the effort I have to put into these dinners. Sadly, Melissa, Jon and David aren’t always available to co-dependently enable my indolent lifestyle, and on those nights I am forced to dig deep and feed myself. You would think this issue would have resolved itself once I relented to the fact that hot and fast isn’t the be all end all answer for changing food’s properties, i.e., once I learned to cook, but another important—and not altogether surprising—lesson I have learned throughout the course of this project is that just because I can finally stand to turn the heat down and cook low and slow, and I almost never get lost in grocery stores any more, and I can eat almost every vegetable I’ve won without gagging myself, doesn’t mean I’m cured of being a lazy boob. We will address this in another installment of me competing against myself to win nothing but the glory of knowing I won. But for real, I did learn to cook so someone could get me a trophy with my name on it. 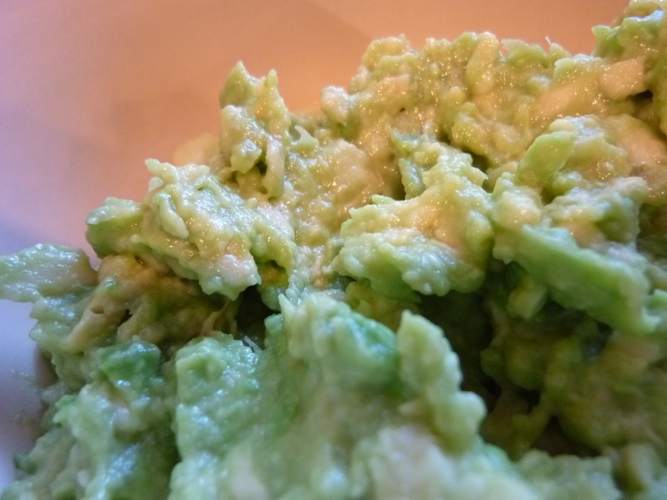 On my dig-deep nights, I eat one of two things: cheese and crackers or tacos. By definition there are no vegetables in cheese and crackers, so we had tacos. Our taco fixings included fried shrimp, tomatoes, cheese, leaf lettuce, my award-winning guacamole, and, introducing for the first time in my house, radishes. I definitely had no idea if radishes are supposed to be shredded and put on tacos, and the further I got into it I decided I was mistaking radishes for cabbage, but I didn’t have a Plan B, so our tacos got radished. Well, my taco did. When we sat down to eat I asked David where his radishes were. “Oh, I don’t like radishes.” Then he regaled me with tales of growing them in his family garden and how he hated the way they tasted just so….. Right as I was about to eat my first taco. I paused and thought, maybe my taco only needs a radish garnish. I removed most of the radish from my taco and ate the best bite of taco ever. Radishes are great! 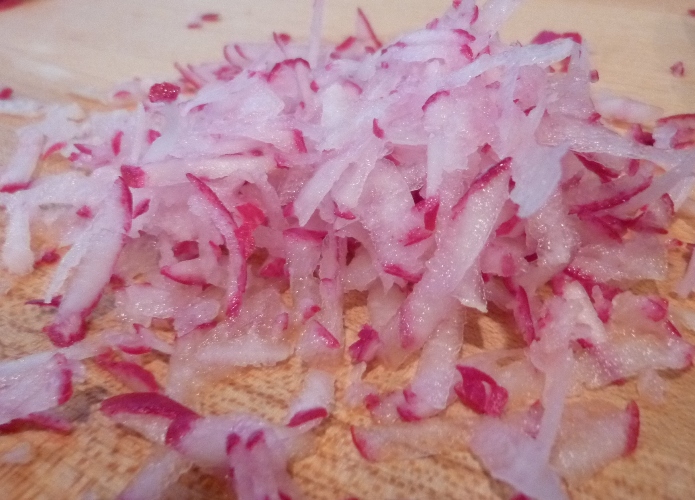 This cage match definitely could have gotten ugly, folks, not because radishes were so tough, but because my laziness makes me barely competitive with my vegetables, which are, maybe you’ve noticed, inanimate objects.